In this week’s episode of WP-Tonic, we have Russell Aaron back to finish off our discussion of using WordPress to make money online. We chat about using WordPress as a base SaaS development framework.

We then go on to discuss Gravity Forms and why Russell is just one massive fanboy when it comes to this excellent WordPress plugin product.

We then finish off the show by asking Russell what are his and his team’s general plans for Vegas WordCamp 2016. 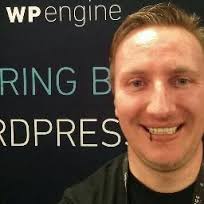 A cowboy philosopher once told me: “If you find yourself in a hole, stop digging.”

I speak across the country at events called WordCamp. I’ve been on a number of WordPress Podcasts and I just released my first plugin called Gravity Styles. Check it out at http://gravitystyles.com. I am a WordPress Designer / Developer. I ran a WordPress Support Start-Up out of Las Vegas, NV called GeekStreetWP.com.

I was a Web Designer / Developer for the National Weather Service. I’ve built things like rainfall.net, water.weather.gov and more.