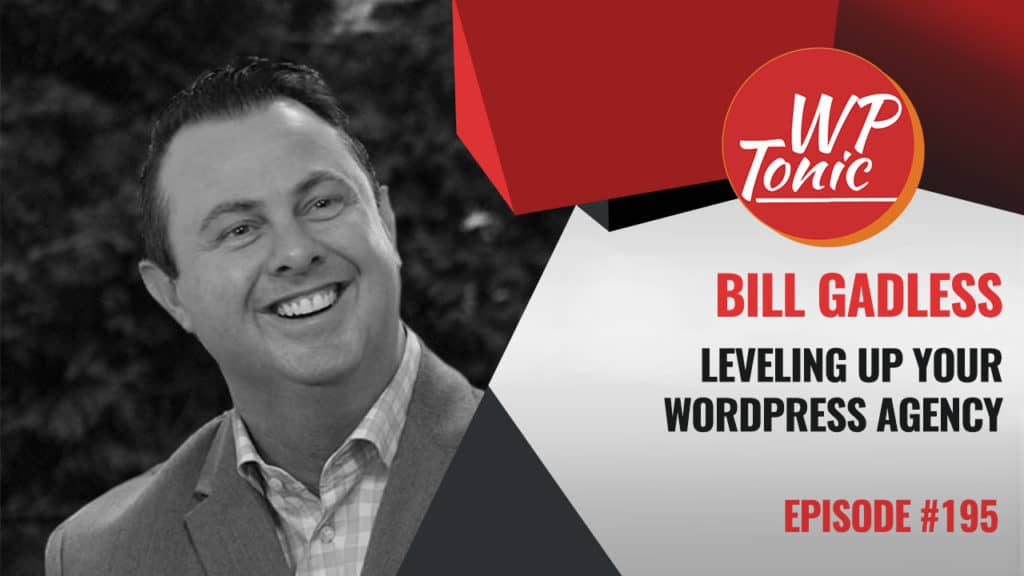 We interview Bill Gadless joint co-founder of emagine a leading digital agency in the Boston area.

Bill co-founded emagine with Brett Cohen at the dawn of the Web. Primarily focused on emagine’s sales and marketing strategy, Bill’s insights have appeared on various occasions in MarketingSherpa, dozens of industry sites and publications and on the national speaking circuit.

Prior to emagine, he developed his marketing expertise while building a highly successful direct marketing venture.  With a focus on emagine’s core industries and regional expansion, Bill has focused obsessively on building emagine’s brand within the B2B, High-Tech and Healthcare sectors.

Starting in the Boston region, Bill has successfully taken emagine from a regional player to a national leader in emagine’s target industries.

Why don’t you join us on Facebook every Friday at 9 am PST and be part of our live show where you can a be part of the discussion? https://www.facebook.com/wptonic/

To also see a list of upcoming Friday & Wednesday shows during the month go here. https://www.wp-tonic.com/blab/

Free Consultation
For fastest results call us now at (775) 220-7306
© 2014 - 2019 - Wp-Tonic -
We use cookies to ensure that we give you the best experience on our website. If you continue to use this site we will assume that you are happy with it.OkPrivacy policy