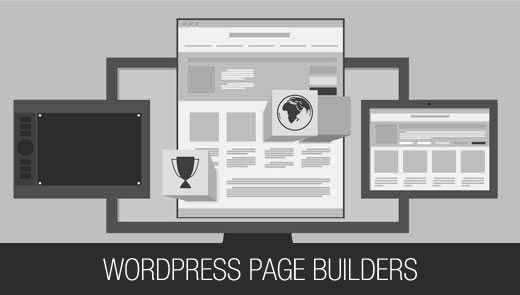 The Panel This Week

3 – Selling the Shovel vs. Mining the Gold

This week, on the podcast, the WP-Tonic panel was discussing different page builders for WordPress, and our thoughts on page builders in general.

Before we hit the main topic, we discussed a few WordPress news stories. First up was a story from WP Tavern about users of the Posts To Posts plugin left looking for an alternative.

As Sallie explained in the pre-show, the developer of this plugin left WordPress quite some time ago, and despite other developers they would take over development, this plugin has been unsupported for a while. Kim pointed out that as WordPress professionals, we are dependent on open source developers maintaining plugins whenever we use something from the WordPress repository. For this reason, we should trust plugin shops that have some sort of consistent business model behind them.

Jonathan said that free plugins are good for minor functionality, but he felt more secure using premium plugins for major functionality. Bridget said that freemium business models allow plugin developers to offer a free version of their plugins, and we should support those plugins by purchasing pro versions.

Kim and Sallie both pointed out the Yoast SEO plugin as an example a freemium plugin that makes enough money to offer a free version with millions of active downloads.

Kim said the Pro version of Updraft Plus is well worth the money because it makes migrating a website very easy. John said buying premium versions of plugins helps ensure they will be around in the future. He also said it is easy to take for granted that there are a lot of hours that go into developing a plugin, and those hours have to come from somewhere.

The second news story was the Pootle Page Builder making over 9000 dollars in revenue in it’s first month of release.

The entire pane agreed that page builders will never go away. Jonathan had an excellent point that the default WordPress editor doesn’t show how the finished page will like.

Sallie, John, and Kim all had great points about marketing a product to web developers (or anything), that you have to develop the audience before you ever market the product. Once you launch a product, you have to market it heavily.

Jonathan said a lot of premium plugins emerge by looking at existing free plugins, and doing the things that they don’t do well. John said that in markets that have a lot of similar products, you have to find what’s out there and go one step farther than the other products.

The last news story was an article by Syed Balkhi, comparing selling the shovels versus mining the gold. The analogy is that some coaches, marketers, or entrepreneurs sell their system for being successful, but many of the true entrepreneurs are down in the mine shaft, practicing their craft and earning money.

Sallie talked about exaggerated claims from would be experts, and you have to have to be careful. Kim said it made sense to look for experts for the very specific thing you are trying to excel at.

Sallie and Jonathan both said to be wary when hiring a coach or mentor. Check and see what their track record is. Do they have a proven history of success in different projects?

We talked about masterminds, and the entire panel thought they were a good way to help yourself and others build their business.

In the main topic, we talked page builders in WordPress. Many page builders use shortcodes to build the pages and are therefore performance drains. Sallie pointed out that shortcode-styled pages aren’t portable. This means that you can’t change your theme without losing the existing layout of the page.

Sallie said most people have had to struggle with Visual Composer at some point, and it gets bundled with most ThemeForest themes. Bundling plugins into a theme may be convenient for ThemeForest theme developers, but it’s a huge security risk.

Jonathan mentioned SiteOrigin as a page builder. Sallie said she’s looked at it before, and in the past, it was set up to only work with SiteOrigin themes.

Sallie mentions the Divi theme from Elegant Themes, and how they recently split the sit builder off from the theme into its own plugin. She says the trick is make your page builder portable, so you can change the theme without losing your page layout. This has to be the reason Elegant Themes split Divi into both a theme and a page building plugin, because in years past, this was a problem.

Daphne Backman and Kim Shivler in the chat room said they have both used SiteOrigin. Kim said conflicts with plugins like bbPress are common with SiteOrigin.

Jason Tucker and Kim Shivler from the chat room said they both used Divi. Bridget Willard said they work with non-profits a lot, using what works for the budget makes sense, and sometimes Divi is a good choice for that. Jonathan compared Divi to the sexy girlfriend that you know you shouldn’t go out with. He said you can take it to a certain point with Divi, and then it explodes. Kim Shivler said they built the Divi plugin to prevent having shortcodes left behind when you change the theme.

Sallies said there are tons of people who specialize in Divi sites, but even a page builder has a bunch of overhead. Learning how a page builder works involves time and effort. John and Sallie said Elegant Themes is pushing Divi more than anything else they have now, as it has become their cash cow.

Jason Tucker chimed in from the chat room that Headway Themes and their page builder drives him to drink. Sallie said Adam Silver of WP Kitchen Sink fame is a Headway specialist. Bridget said she also likes Headway.

We started our discussion on Beaver Builder, which seems to be the most popular page builder in the WordPress community, and on our panel. John said he likes Beaver Builder the best out of the page builders he has used. Sallie said a lot of Genesis sites use Beaver Builder.

We talked about the underlying problem with page builder plugins, which is changing themes, and losing information. Jonathan said there can be issues with building a site with a page builder, and then adding something like WooCommerce, because everything has to be sorted out, because the client may want to keep both.

Next, we talked about Visual Composer. John referred to it as Visual Destroyer, and Jason Tucker n the chat room called it Visual Decomposer (which is brilliant). Jason also said the plugin was “made of hurt”.

John said 9 out of 10 ThemeForest themes have Visual Composer bundled in, (and even that may be a low number). Bridget said based on everything she’s heard about it, she would never use Visual Composer.

Sallie shared an example where Visual Composer took several hours to do something that would have took a half hour to do in code. Sallie had a great point – that page builders like Visual Composer discourage programmatic thinking. She noted they encourage you to look at everything like it was Microsoft Word. If you want something to appear on the page, you have to do it on every single page instead of setting up repeating patterns.

In a very enlightening moment, Jonathan said the average person uses a page builder because they want to make basic changes to a web page, and the WordPress Visual editor is misleading. The issue is that the default WordPress editor looks like Microsoft Word, but the changes a person makes there aren’t reflected in the backend. They have to go look at the front-facing page again to see what their changes actually look like.

Page builders also make people feel like they don’t have to know any code at all. The result is shortcode hell, which bogs down the website, and makes the site run slower than treacle.

Sallie said users waste a lot of time having to check the front facing page when they make changing in their default WordPress install.

Bridget said the main goal of WordPress is to democratize publishing, and that content is the reason anyone comes to a website. This is the reason people use page builders, or even themes. She remarked that in the developer-centric world of WordPress, page builders are frowned upon, but regular users are just trying to publish their site content.

Sallie said she wasn’t sure that a tool like Visual Composer made it easier to just write and publish. She said a platform like Wix is okay, so long as you have a very small site and you never need to worry about exporting your content. But if you have a large site with hundreds or thousands of pages, then WordPress is the right tool for the job. She said moving site content around is difficult without a proper CMS.

Bridget pointed out that the marketing department just wants to get the words on the page, and how they get there may not be as big of a concern to them. Sallie added that people just want a place to type stuff in. They expect everything to work like Microsoft Word. Sallie said some people don’t understand why they can’t drag and drop thing in the default WordPress editor and have them stay there.

John said he also runs into this scenario, where clients may want pixel perfection in every scenario, but with a myriad of devices and screens, that’s not possible.

Sallie expounded on this by stating it is all about setting expectations. She said page builders and platforms like Wix and Squarespace are marketed as though you don’t need to know code. But that doesn’t mean you can get by without knowing design or anything at all. She said a platform like Wix (which is basically a page builder) can be easier, but if you’ve never used it before, it will still have challenges.

The bottom line is web design is not the same as print design, but many people expect the two mediums to be exactly the same.

Sallie mentioned what Morten Rand-Hendricksen pointed out a couple of weeks ago on the panel, that we need to improve our new user on-boarding experience in WordPress.