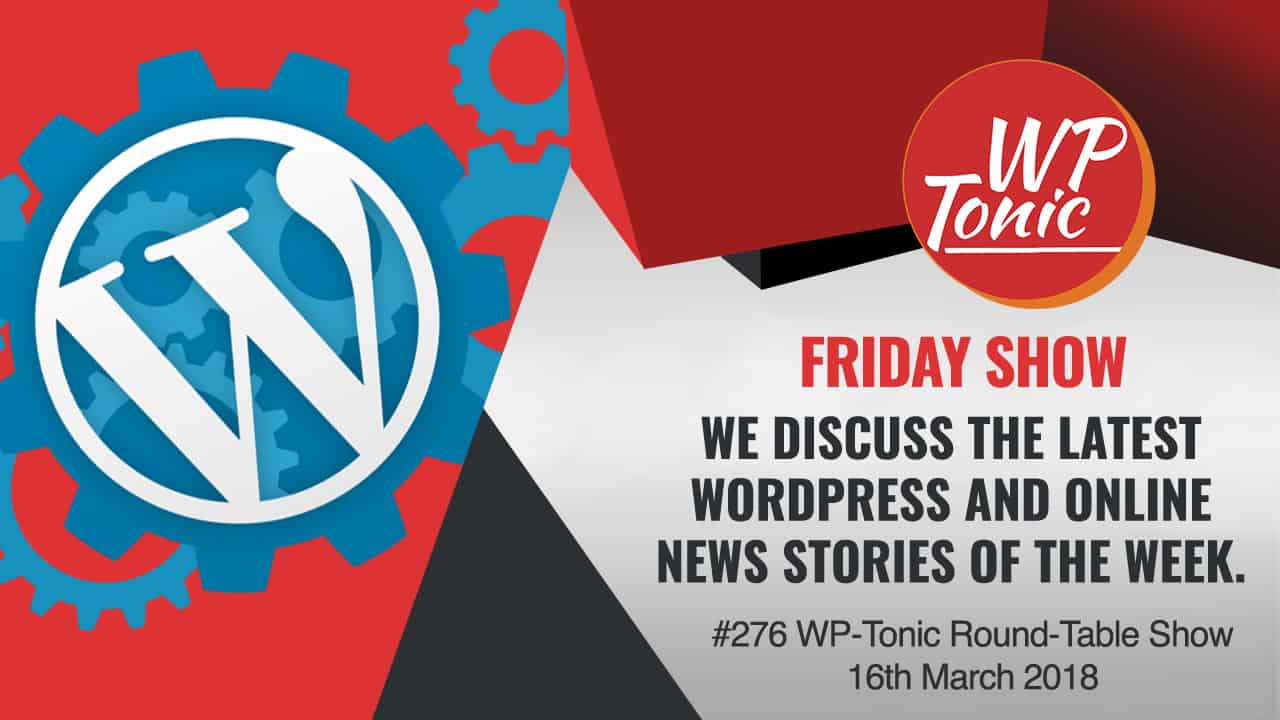 This show is brought to you by our sponsor IntelligenceWP. IntelligenceWP is a plugin that helps you make actionable sense from the information Google analytics provides.

This week had some heated discussion, so if you love the more controversial episodes, make sure to tune in.

This survey is completed by developers on Stack Overflow. Yet again, WordPress was dreaded and JavaScript was the favorite.

The team pointed out that this is a specific group of developers not all developers worldwide, and that many developers don’t like working in open source technologies because they want to build everything from scratch and lock their clients in to their service.

The second story led to lots of heated ideas moving far from the initial topic.

It’s time to address the elephant in the room: Influencers don’t really influence anything or anyone!

Quote of the day – People should be building businesses, not fan clubs ~ John Locke

The team talked about the influence of influencers including that the Federal Trade Commission is paying attention and requires them to disclose when they get free products or are paid for promotions.

Roundtable member Adam Preiser had some great input here. Adam has a popular YouTube channel and didn’t think of himself as an influencer until an issue happened with a plugin developer. When he shared this, the increase in negative reviews increased dramatically. He realized that he has to be conscious of what he shares.

Morten jumped in with similar experiences including that he has learned he has to be careful about who he re-tweets. Sometimes it reaches a large audience and sometimes that person isn’t ready to be inundated with the attention they may get.

After plenty of talk about influencers, the team moved on to the final story.

This came from our host and sponsor of the Wednesday show, Kinsta hosting.

They found that they very recently they had a sudden drop-off of SEO rankings.

They went through and checked everything including keyword rankings and found that some of the pages were having the URLs indexed but not ranking. As they searched further, they found that they had manual penalties. This is when the Google team manually puts something on your site to penalize it.

After more digging and a few appeals to Google, the penalties were removed.

Every Friday at 8:30am PST we have a live round-table show where we discuss some of the most interesting articles and posts that deals with WordPress and the internet in general which, we have found during the week.

The show is normally around hour in length plus we have a regular panel “see the list of our regular panel below, of great WordPress experts that try and join us every week.

This Episode is Sponsored By IntelligenceWP

Our episode this week is sponsored by INTELLIGENCEWP. Finally, an analytics plugin that provides valuable metrics and results that increase your leads. INTELLIGENCEWP.

What don’t you join us on Facebook every Friday at 8:30 am PST and be part of our live show where you can a be part of the discussion? https://www.facebook.com/wptonic/

To also see a list of upcoming Friday shows during the month go here. https://www.wp-tonic.com/blab/