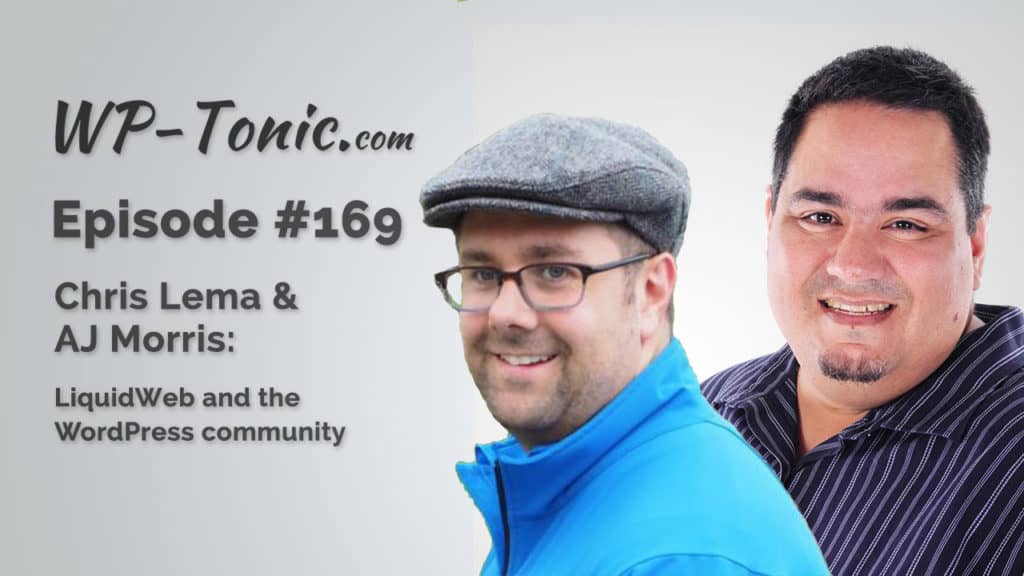 What can I say about this particular episode of WP-Tonic show apart from bloody fantastic? We have an almost hour and a half discussion with both AJ Morris & Chris Lema, and some of our normal Saturday panel for this special show.

Chris put me right on a couple of things in the way he can only do — with the power of thought and logic. He is what we would call in the UK a “big player” in the WordPress community.

However, to be honest, I just didn’t want to ask both AJ and Chris easy questions. LiquidWeb is currently a sponsor of the show, and we’re proud that they are a sponsor. John and I feel they are a quality company that are making efforts to be a larger part of the WordPress community. However, the independence of the show is important to both of us. 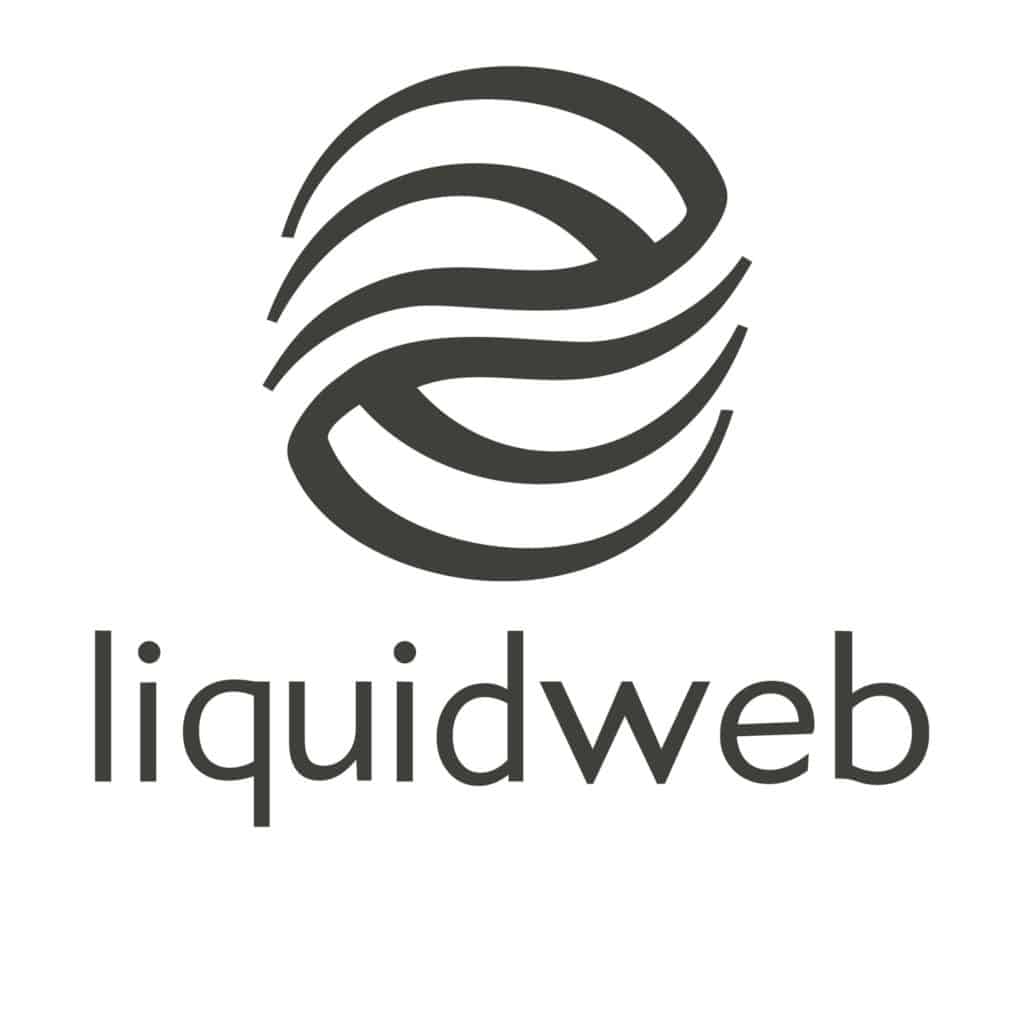 Chris said when he decided what is next opportunity was going to be, he evaluated several factors. When evaluating positions at WordPress companies, he looks at what he likes to do, where he can deliver value, and we are his skill set is. In the intersection is where high value opportunities reside.

LiquidWeb is giving him an opportunity to have the greatest impact across the most amount of disciplines. Right now, Chris is in charge of product development and innovation, but is also heavily involved with product roadmapping for the future. Along with AJ, Chris is also involved in the marketing of LiquidWeb’s products.

Another unique challenge that LiquidWeb presented is entering the managed WordPress hosting space late. Many hosting companies are already well-established in this arena. How can a company like LiquidWeb enter into a mature product market and find their own sweet spot?

To enter into an established market space, you have to tell a different story than your competitors. In a mature product space, table stakes are already established. But where are you going to fill in the gaps that other companies are missing?

AJ said LiquidWeb with differentiate itself by addressing the gaps in managed WordPress hosting that exist in their competition.

LiquidWeb focuses their attention on mission-critical sites. Lower stakes sites are not there bread-and-butter, but rather websites that drive the business for large companies.

Many managed WordPress hosts are a good within certain constraints. Where LiquidWeb can trade new ground is where there needs to be custom hosting solutions, where different components of the website may not be traditional WordPress.

Many legacy sites have a different parts that are built with different technologies. LiquidWeb says they are able to go where Others fear to tread. For instance, if there are different components of a website that run on.net or how the customer database, LiquidWeb is ready to set up a custom hosting environment for those circumstances.

Because of this they have more flexibility than most of their competitors. Constraints are good, and many companies to find themselves by their constraints. What liquid web is trying to do is to find a different set of constraints.

Chris said this custom environments or not just for enterprise clients, but can be scaled down to the mid-market. He gave a great example of a flower shop using a homegrown database.

Another innovative thing that LiquidWeb is introducing is a new way of managing plugin updates.

Many sites never update their plugins for fear of breaking their site. What LiquidWeb is working on is showing a snapshot photo of the site after the plugins have been updated, and allowing people to view those then merge those updates into their production site.

Creating another “me too” product in a crowded space makes no sense. It is better to define your own constraints rather than follow those that have already been established.

When hosting targets the lower end of the market, which happens is a lot of subsequent up selling. LiquidWeb wants to avoid that by targeting businesses of a certain caliber. This allows them to focus on creating value for a specific customer segment.

You must also determine if there are enough customers to service segment that isn’t currently being served by existing products.

Thoughts on Another Company’s Product Acquisitions

Jonathan asked about GoDaddy’s acquisitions of other companies like WPCurve and ManageWP.

Chris said that even though some people don’t spend a lot on hosting, they still spend money to have someone build them a website. GoDaddy is trying to consolidate services under one umbrella brand.

GoDaddy previously started a pro marketplace, where they had selected freelancers and agencies that could help build websites for people looking for referrals. By acquiring WPCurve, they sidestep that need to build a marketplace by acquiring a company with leadership and talent. This way they can keep a larger portion of the pie when they refer customers to developers.

There was a question from the chat room about security at the application and plug in level. Chris said that security starts at the network and environment level.

Working Within an Ecosystem

Jonathan had some questions about how decisions are made in the ongoing WordPress project itself. AJ said that many people in the ecosystem have more input than they did before, and the road map is more clear than it was before.

Chris said that when you build products in the ecosystem, you agreed to play by the rules in that ecosystem. As a developer you always have the choice to go outside various web development ecosystems and do whatever you want.

The WordPress a bubble of information is very small. And the people that listen to where Chris podcast and read WordPress blogs are very small in number. Clients and generally do not know the inside workings of WordPress politics, and only worry about word press as a business solution.

When it comes to marketing in the WordPress community, AJ said it is important to be involved. Their current mission is to find developers and agencies that service mission critical websites, and. Find out how they can support them.

Chris said the benefit of a community is a feedback loop on your product or service. He values his circle of friends who will be honest with him and give him feedback on his projects. There is tremendous value in working in a community where people will give you honest appraisals and feedback.

In the bonus content, we asked about pricing. Chris said many people determine their pricing by looking at the competition around them, instead of understanding their customers problems. He said a lot of the value is in solving the top three pain. So the customer segment, not the pains lower on the list.

To price effectively in a vertical, you must understand that vertical inside and out. It takes a lot of research to find what people value inside a customer vertical.

You have to understand the market, and put the right narrative out to that market.

What About Recommended Plugins?

A listener asked if they would ever make a list of stable themes and plugins. Chris said that doesn’t work, because then those companies get acquired, and they acquiring companies inject malicious code into those plugins.

For this reason, LiquidWeb will probably never make a list of stable or “safe” plugins. 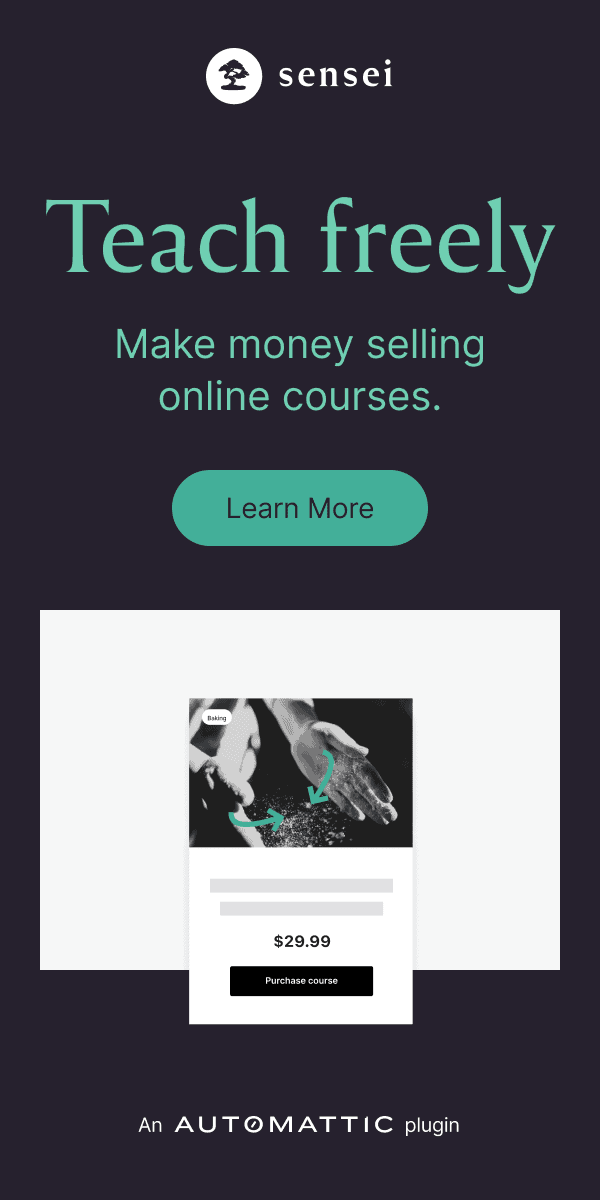